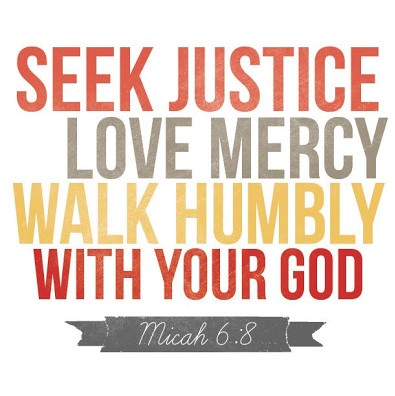 We have had several days to digest that Derek Chauvin has been convicted of the murder of George Floyd.  I commend to you the pastoral word on the verdict issued by Presiding Bishop Elizabeth Eaton this past Tuesday (https://elca.org/News-and-Events/8099).  I echo her words on the ongoing grief of the Floyd family and other families that have suffered under the abuse of police authority, her appeal that we recommit ourselves to fight against the sin of racism, and her affirmation that “if one member suffers, all suffer together” (1 Corinthians 12:26).  Let me also draw your attention again to the C/SIS Synod Council Statement in Response to the Brutal and Unjust Killing of George Floyd (https://www.csis-elca.org/racial-justice/ ) and the commitments to anti-racism that our Synod Council committed to in June 2020.

My hope is that this verdict will herald a brighter future for racial equity in law enforcement, and more broadly.  But this will not come quickly or easily.  It would be unfair to generalize from Derek Chauvin’s inexcusable action to the conclusion that all police officers are like him.  I know many current and former police officers who act professionally, fairly, and selflessly as they risk their lives for their communities.  Nevertheless, unrelenting news of misuse of force and abuse of police power disproportionally against people of color tells us that something deeper than isolated individual acts is at work.   That something is systemic racism.

Individual racism is relatively easy to identify.  It is the racist joke, the name-calling, the physical expression of rejection when a person of color gives an opinion.  Systemic racism is more pervasive but more difficult to recognize by those of us who are white.  Systemic racism has to do with racial inequities, for example, in getting a job, getting an education, and (on the other hand) being incarcerated.  One illustration of the effect of systemic racism is that black Americans are much more likely to get arrested on drug charges than white Americans, even though usage rates are comparable; once arrested, black defendants are more likely than white defendants to be denied bail, and more likely to receive harsher charges and sentences than white defendants who committed the same offenses.  People of Asian descent, Native American descent, and Latin American heritage face systemic racism as well.

What is the role of the church, of Christians individually and collectively, in responding to racism?  Our response begins with the bedrock Christian conviction that all people – people of every race, ethnicity, and descendants – are created in the image of God.  Subsequently, “all have sinned and fall short of the glory of God” (Romans 2:23).  Any theory that one race or another is “cursed” or innately inferior to another race is a heretical misreading of Scripture and Christian theology.  We are all utterly dependent on the grace of God in the crucified and risen Christ Jesus.

Our synod’s Anti-Racism Working Group is continuing its preparation to serve individuals and congregations of our synod in our commitment to live out the Scriptural theme of the Synod Council’s statement:

“[The LORD] has told you, O mortal, what is good; and what does the LORD require of you but to do justice, and to love kindness, and to walk humbly with your God?” (Micah 6:8)