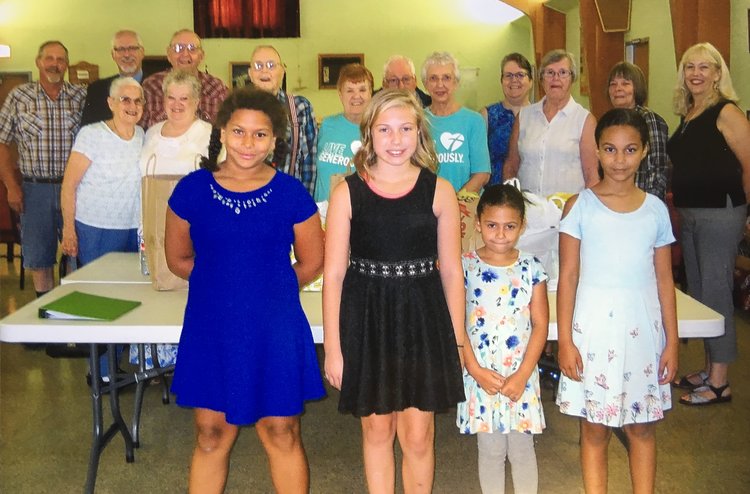 “St. John’s Lutheran Church of Sibley participated with two Action teams from Thrivent Financial during August and September. We were blessed to receive $250 for each project. One was for paint and supplies and one for groceries.

In August, a group of men and women used a power washer and then painted the little Sunday School building near the Sibley Lake.

There were other people who helped but did not appear on the above photo. They were Greg Brucker, Randy and Beth Meyer, Wes Johnson, Dale Seifert, and Jane Froidcoeur.

On September 9, following worship service, several members took a note and grocery bag to each home in Sibley. Neighbors were asked to purchase groceries for the Food Pantry at Shepherd Closet in Gibson City. The items were asked to be put on the porch on September 16th. Eighteen members went to every house to collect donated items. Every home received a bag of popcorn and a note saying all are loved and cared.

A total of 780 lbs of food and paper products were delivered to Gibson City. “