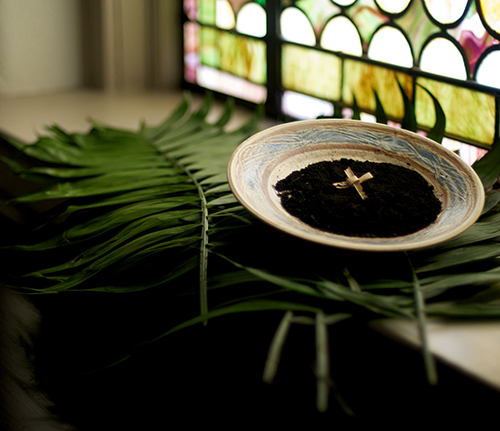 A Word to Ash Wednesday

I was driving to an evening worship service this past Saturday when I heard the news that an early mentor of mine had died the night before.  His name was Otis Woodard.  When I was seminary student in St. Louis, Otis was the director of a Lutheran outreach ministry in a blighted area of north St. Louis.  You couldn’t miss Otis when he was around the seminary; he was African American, in contrast to the predominantly white students and faculty; and he dressed in loud, colorful African attire; and he was exceptionally boisterous, jovial, and extroverted.  I did regular volunteer work at that outreach center; Otis made me feel responsible by giving me a key to his office (which was actually the first floor of the house he and his family lived in) the second week I was there.  Before I went around the neighborhood on my own, I went with Otis on the streets and into people’s homes.  One day we went into a small upstairs apartment to check on a mother and her new baby.  The mother’s boyfriend was there.  It was clear that the boyfriend didn’t get along well with Otis, despite all that Otis was doing for him – Otis had provided baby food and clothing, he had worked on their landlord about fixing a plumbing problem in the apartment, he had helped the boyfriend get a job.  Otis asked him how his job was going.  The boyfriend just muttered and cussed.  Later, Otis said to me, “John, to help these people, you have to love them.  And the hardest thing about this ministry is loving people who have contempt for you.  But you have to love them.”  I have never forgotten that lesson in ministry.

Otis loved the people he tended to because God’s love had grasped Otis, and Otis understood the depth of God’s love for us. God loves the people who have turned away in contempt, in pride, in pain, and in doubt.  In traditional language, God has “so loved the world as to give his only begotten Son” to save them.  And, of course, we are among “them”.  This is the message of the cross of Christ crucified.

Alas! And did my Savior bleed,

And did my Sovereign die?

Would he devote that sacred head

For sinners such as I?

We will repeat this year in our Ash Wednesday liturgy, “Remember that you are dust, and to dust you shall return.”  The truth of this hits close to home again as I recall Otis.  But these words only the first movement of Lent, not the whole sonata.  There is more to come for Otis, for us, and for the world.

May God’s unfailing love grasp you and all of our churches in this season of our Lord’s journey to the cross.